I conceptualised how ProtonMail's super-niche email services could be adopted by a mainstream consumer. The project entailed me [lightly] scrutinising the current user experience and brand perception, refreshing the brand's visual identity and designing a new insight-led website design that felt familiar to both new and existing users. 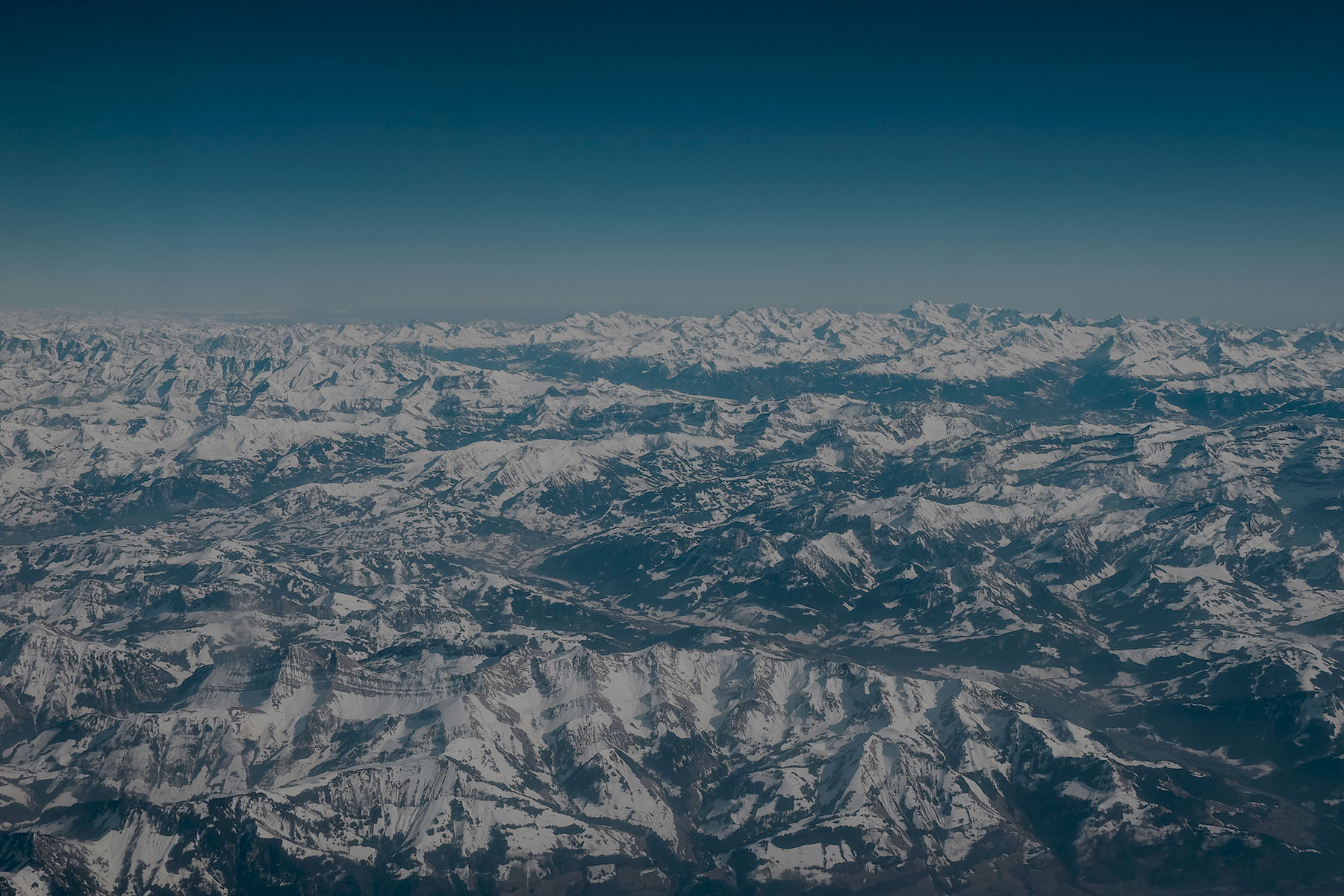 The service is excellent. The premium features are well-priced. The technology is great. But after conducting a quick perception test, it quickly became apparent that despite its positive attributes, the overall perception fails to encourage the non-ProtonMail user to move forward in their journey beyond the sign-up page. The general consensus was “…this looks like it’s a service for nerds and not for a 'normal people'…” 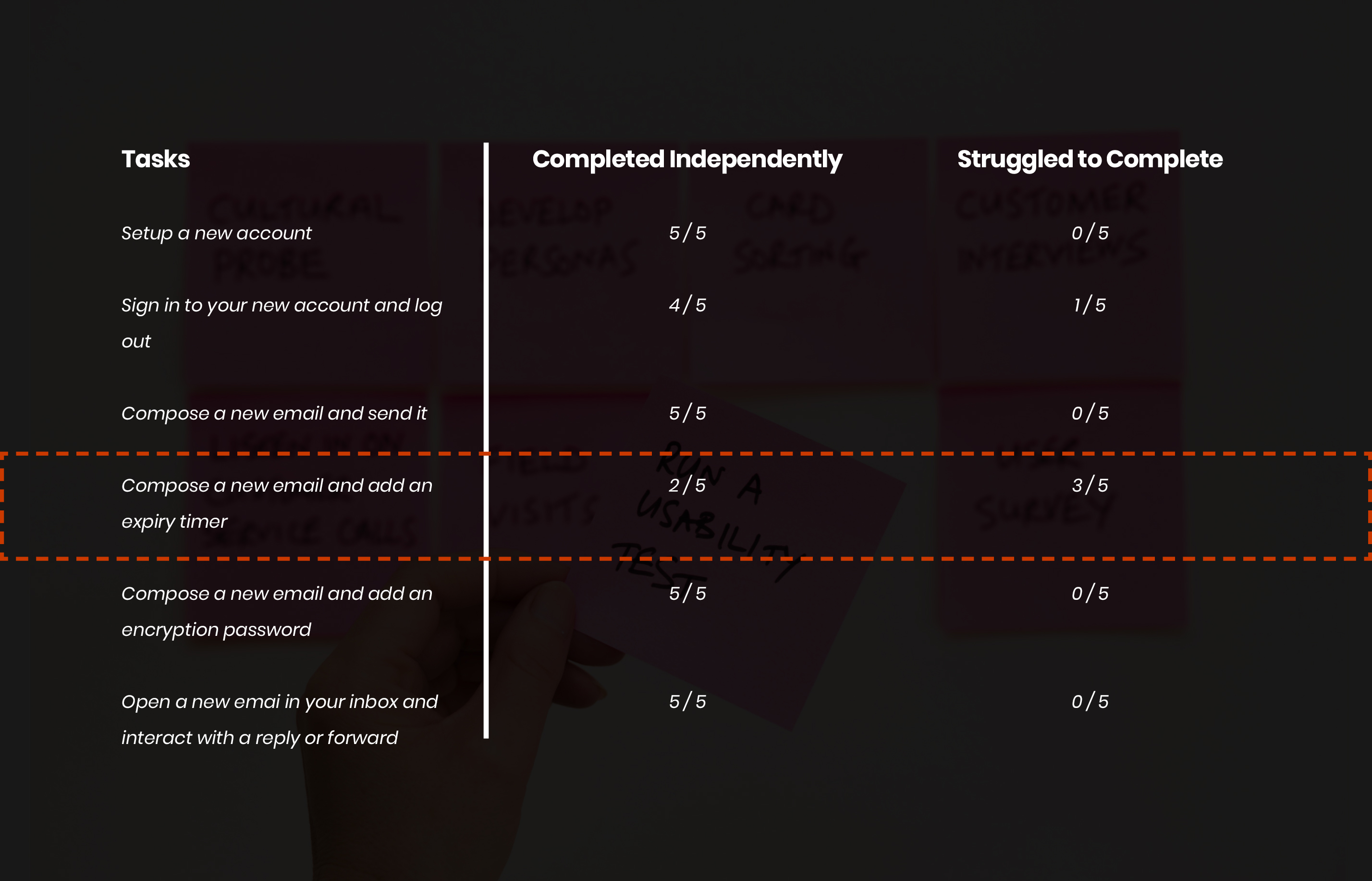 Appeal to a mainstream audience of casual and sophisticated email users

Build trust by creating a safe and familiar email eco-system

Ensure the wellbeing of existing users 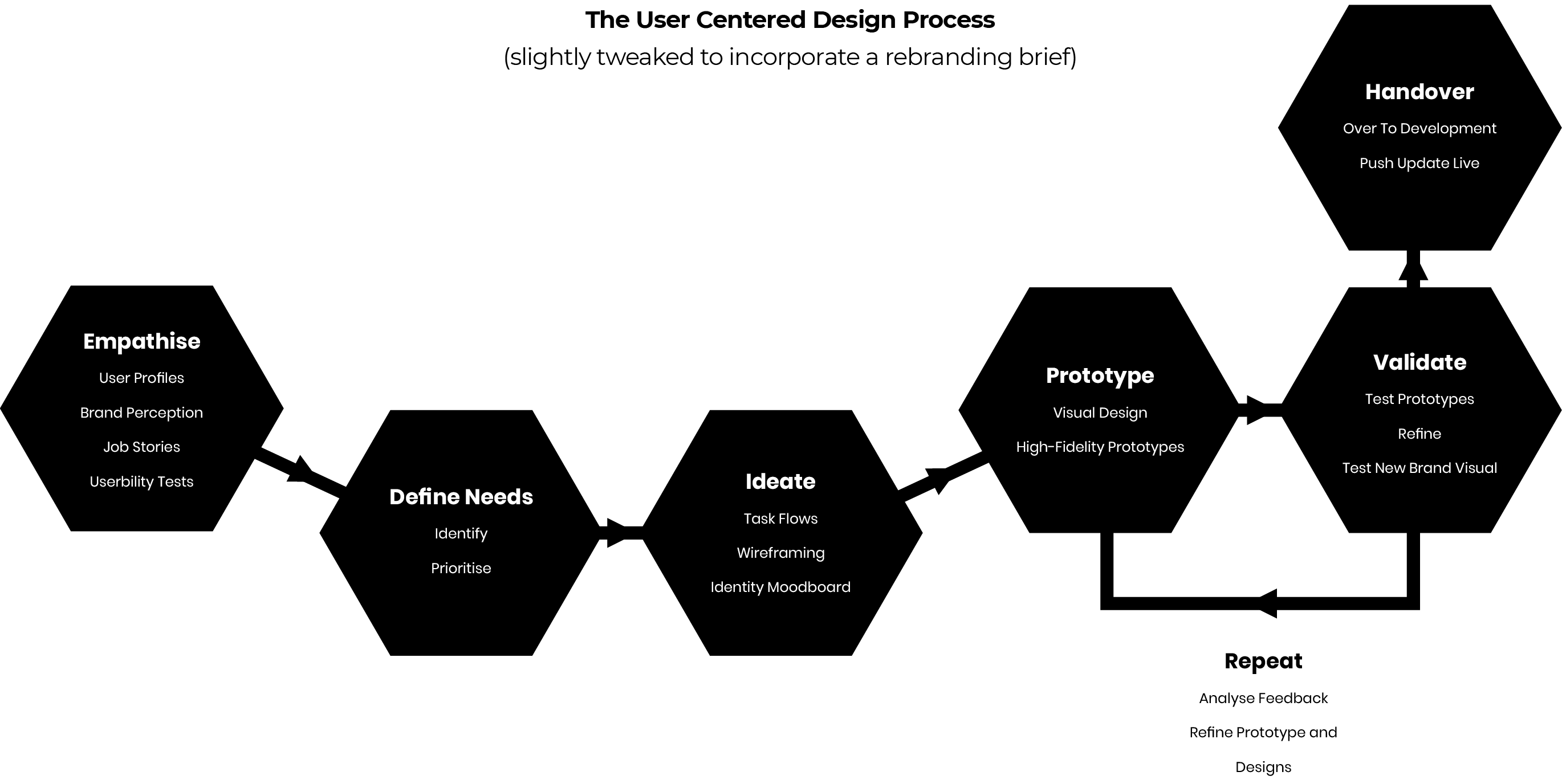 (Image: ProtonMail Logo before I redesigned)

The first order of business was to visually enhance the brand’s promise of Swiss-level security and privacy with a clean and simplistic visual identity. ProtonMail already has a great logotype and mark. It communicates 'secure email' clearly. So when it came to uplifting what was currently live, it was imperative that the visual structure remained the same. All it needed was freshening up with the introduction of a new typeface and a redrawn signifier. 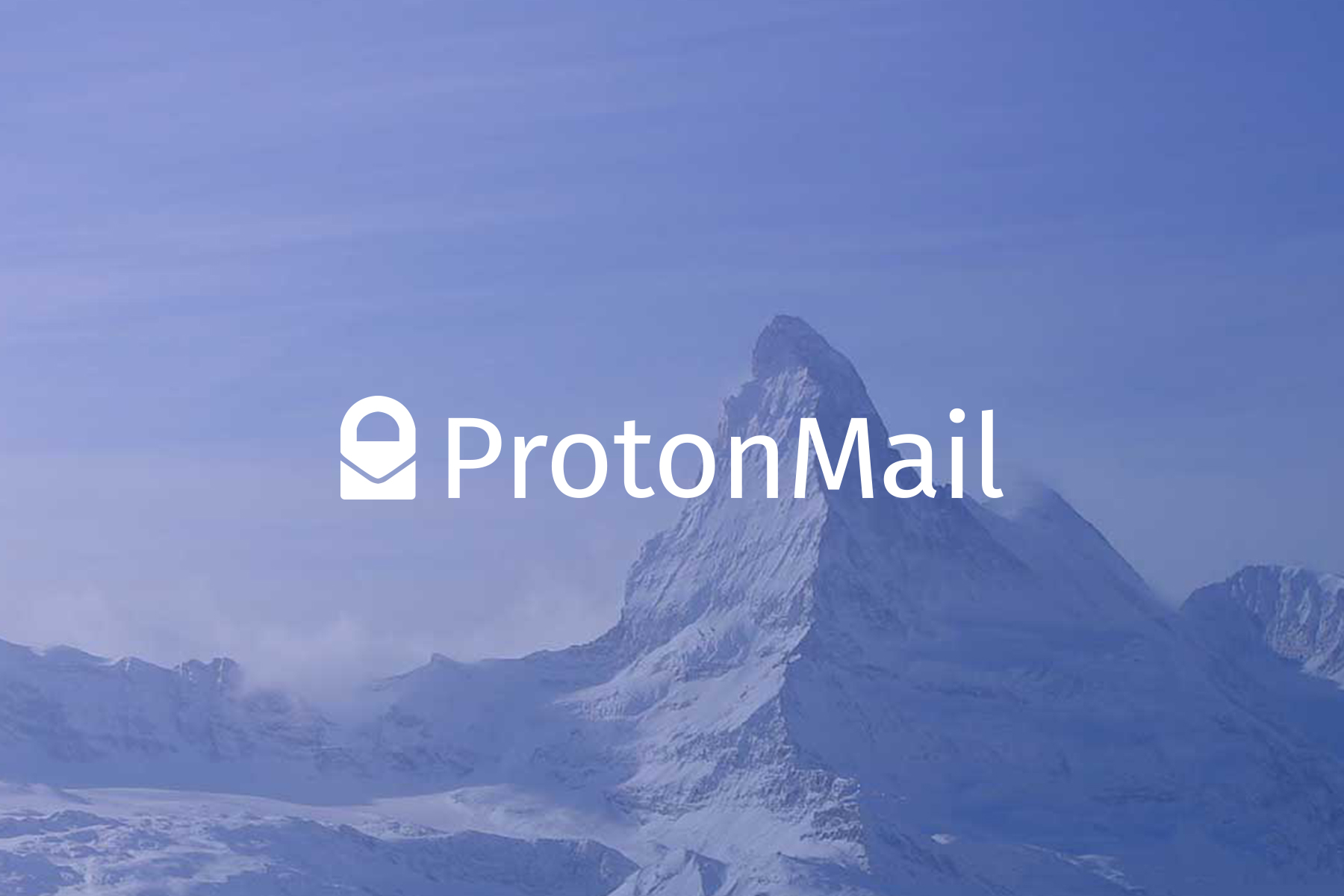 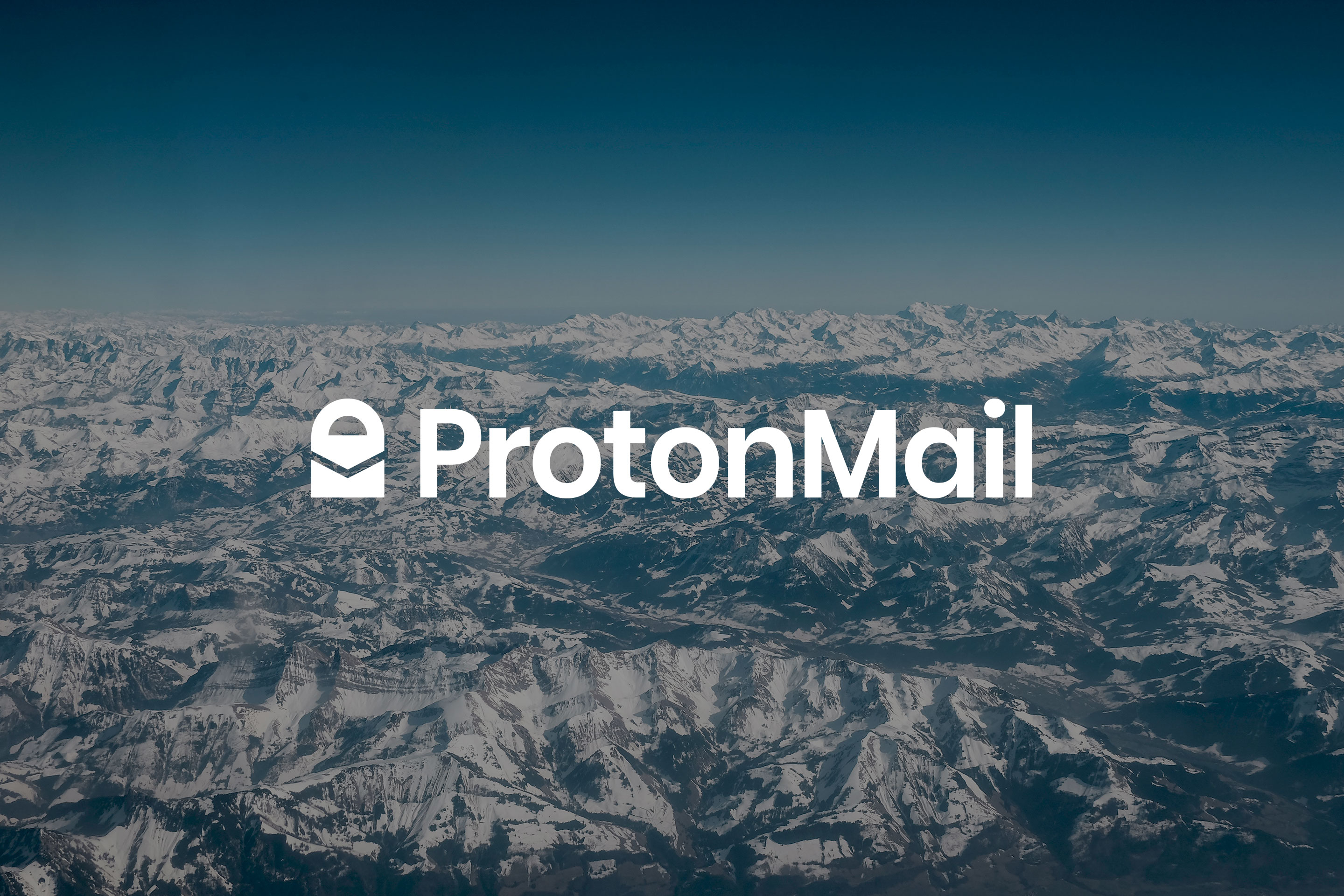 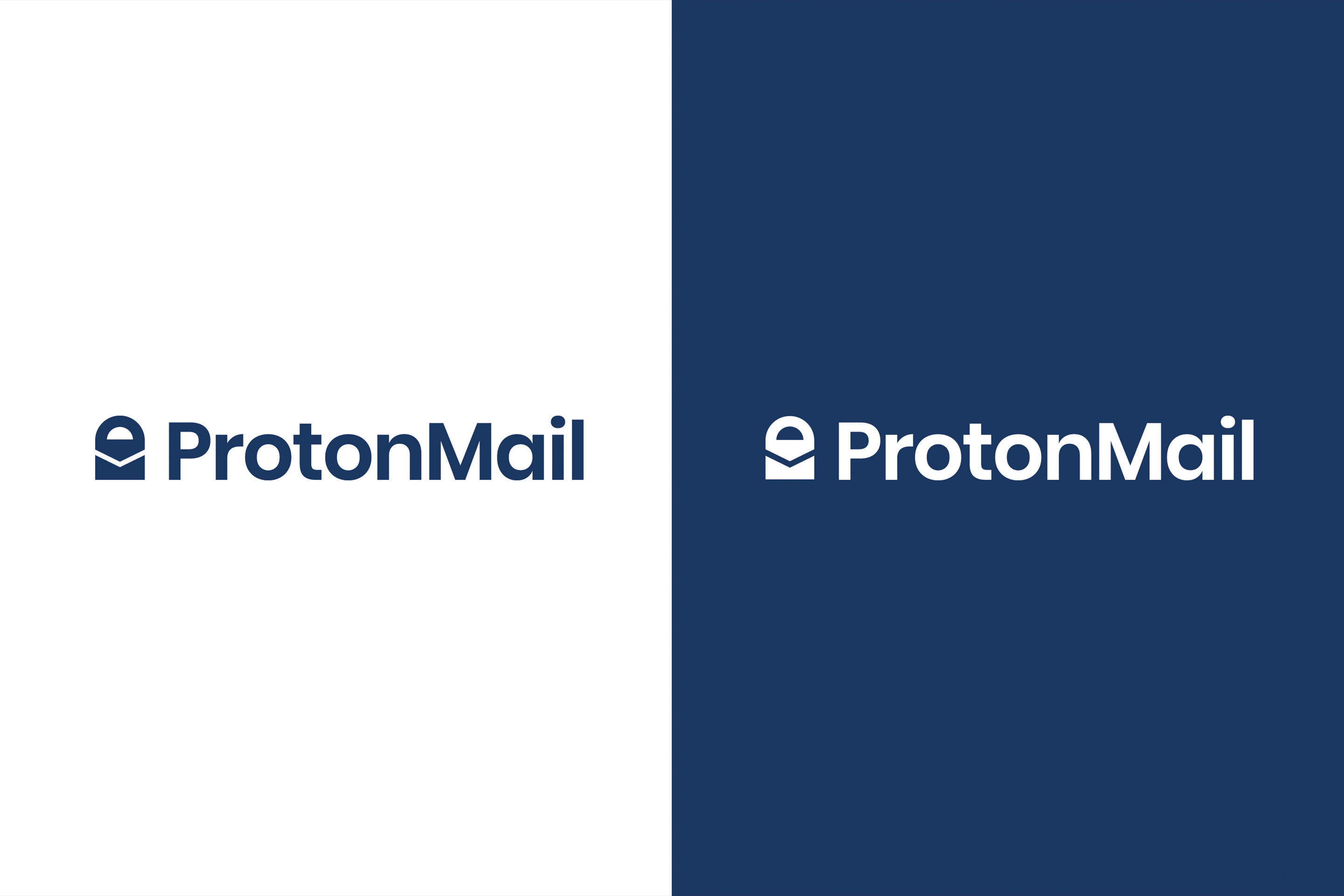 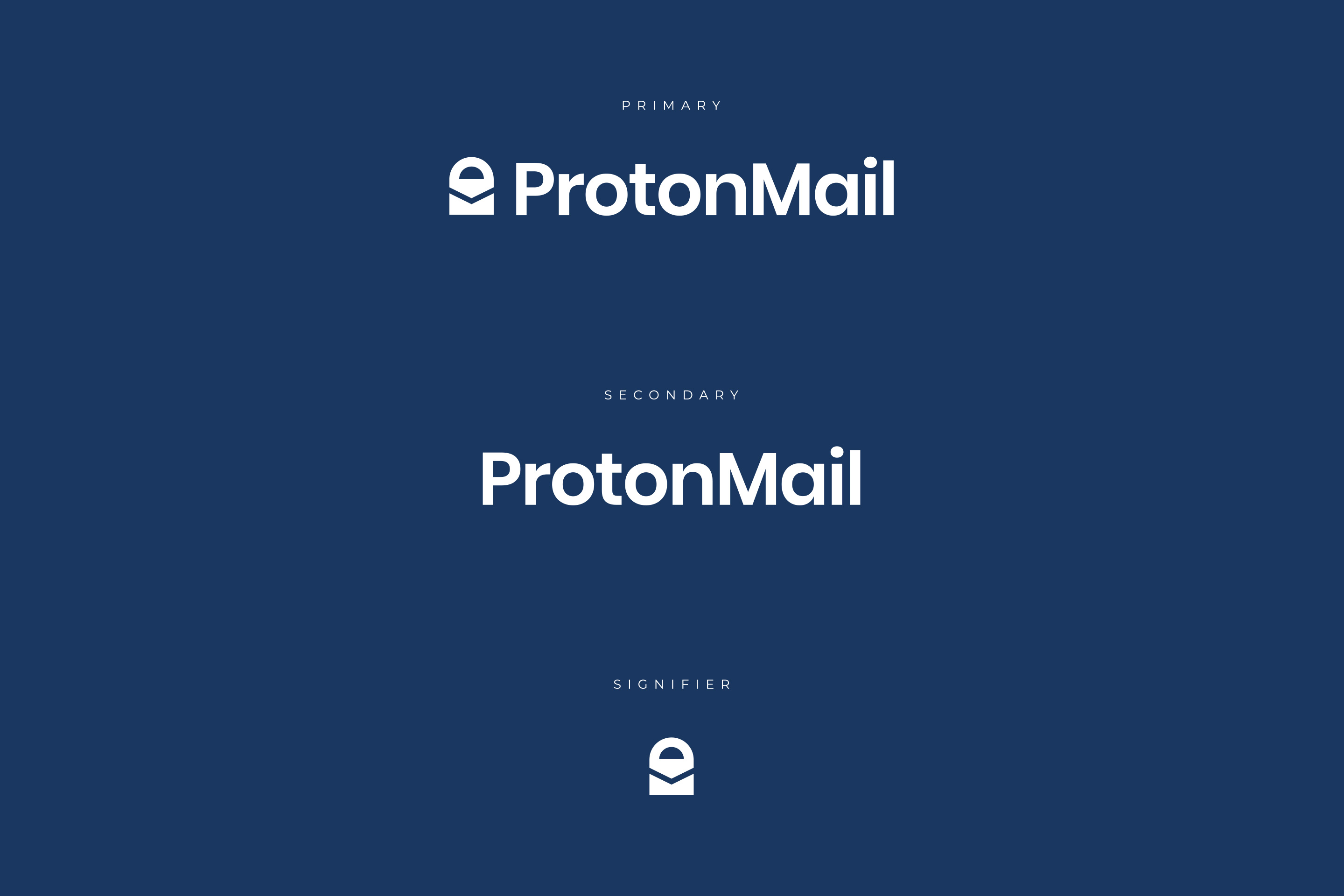 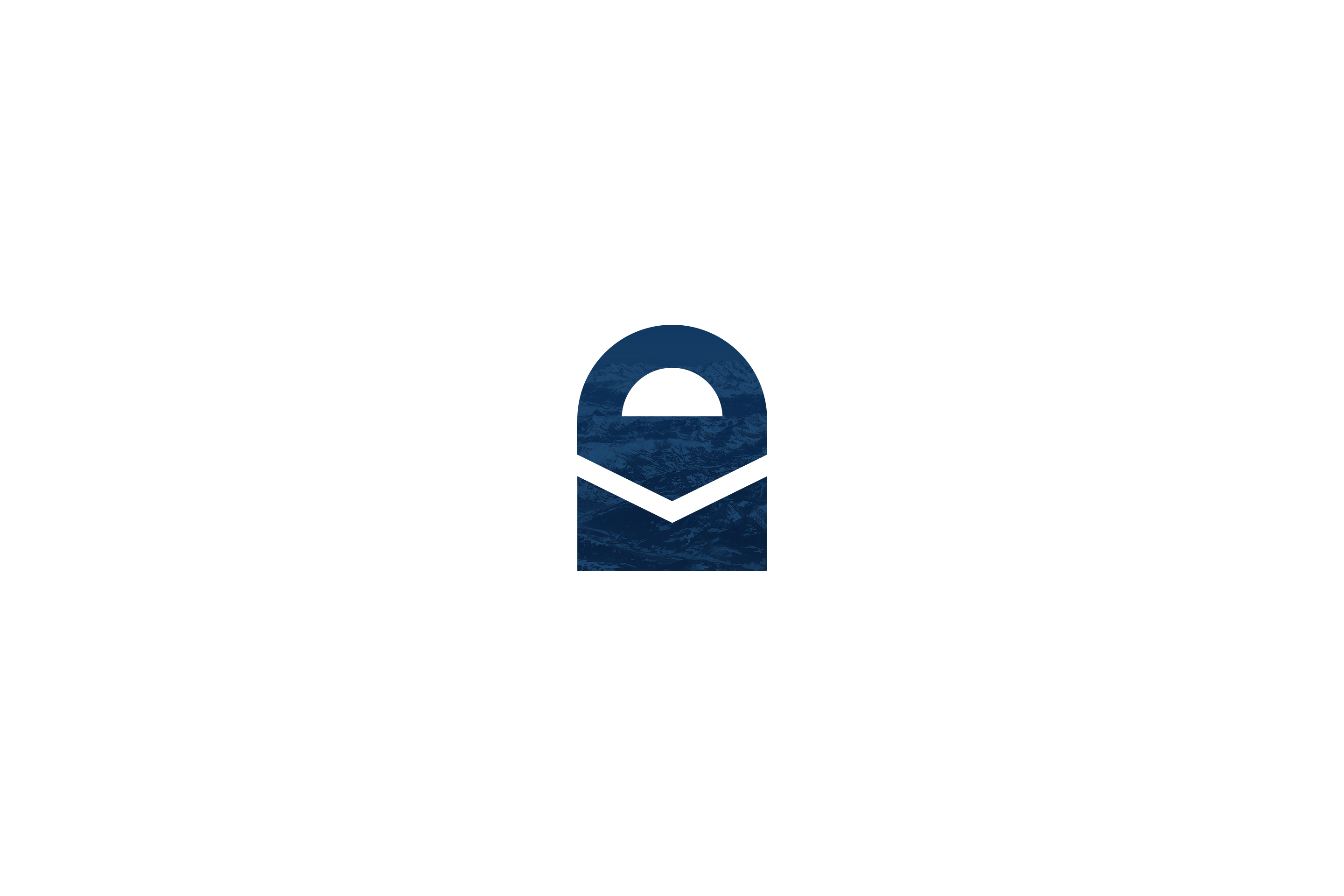 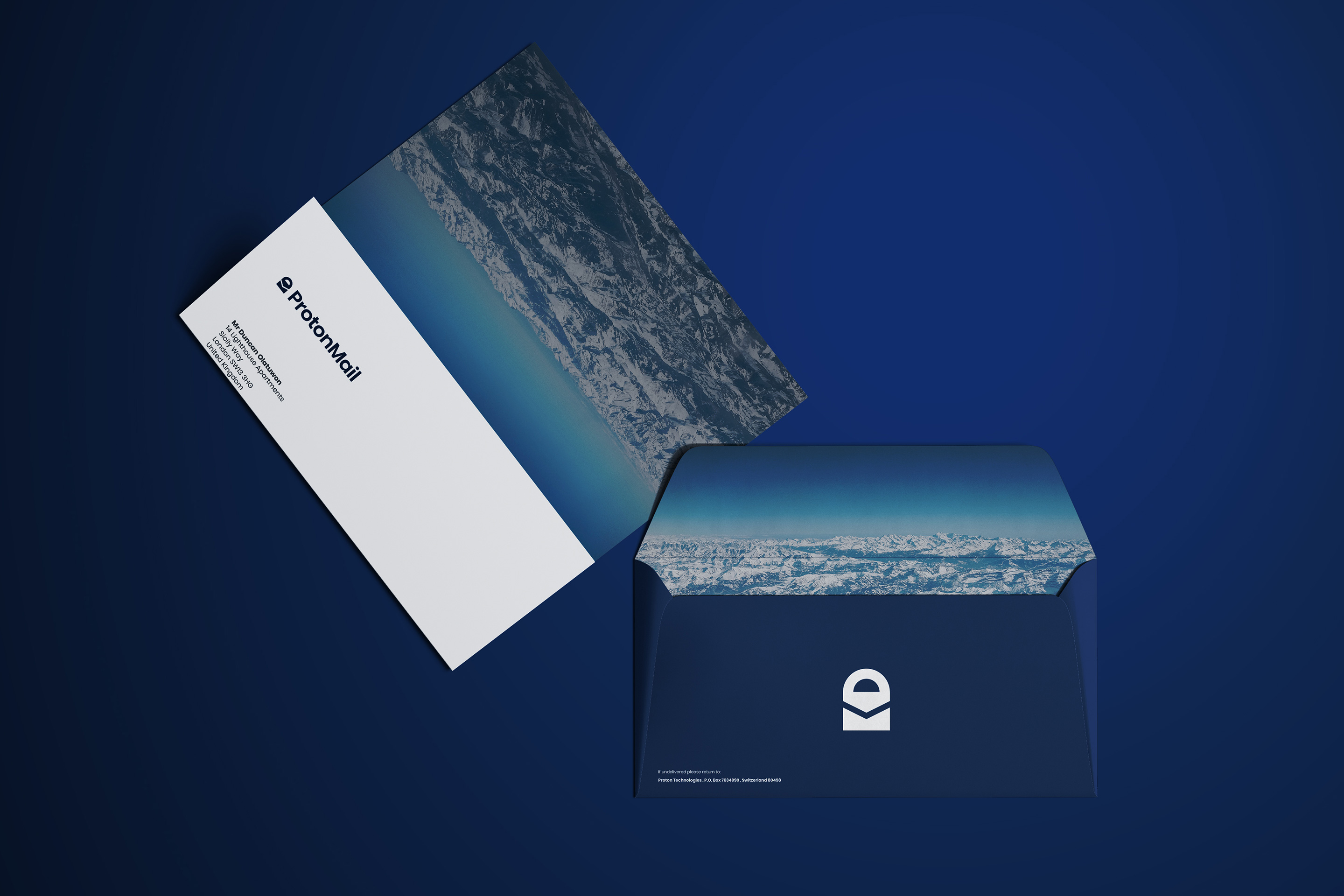 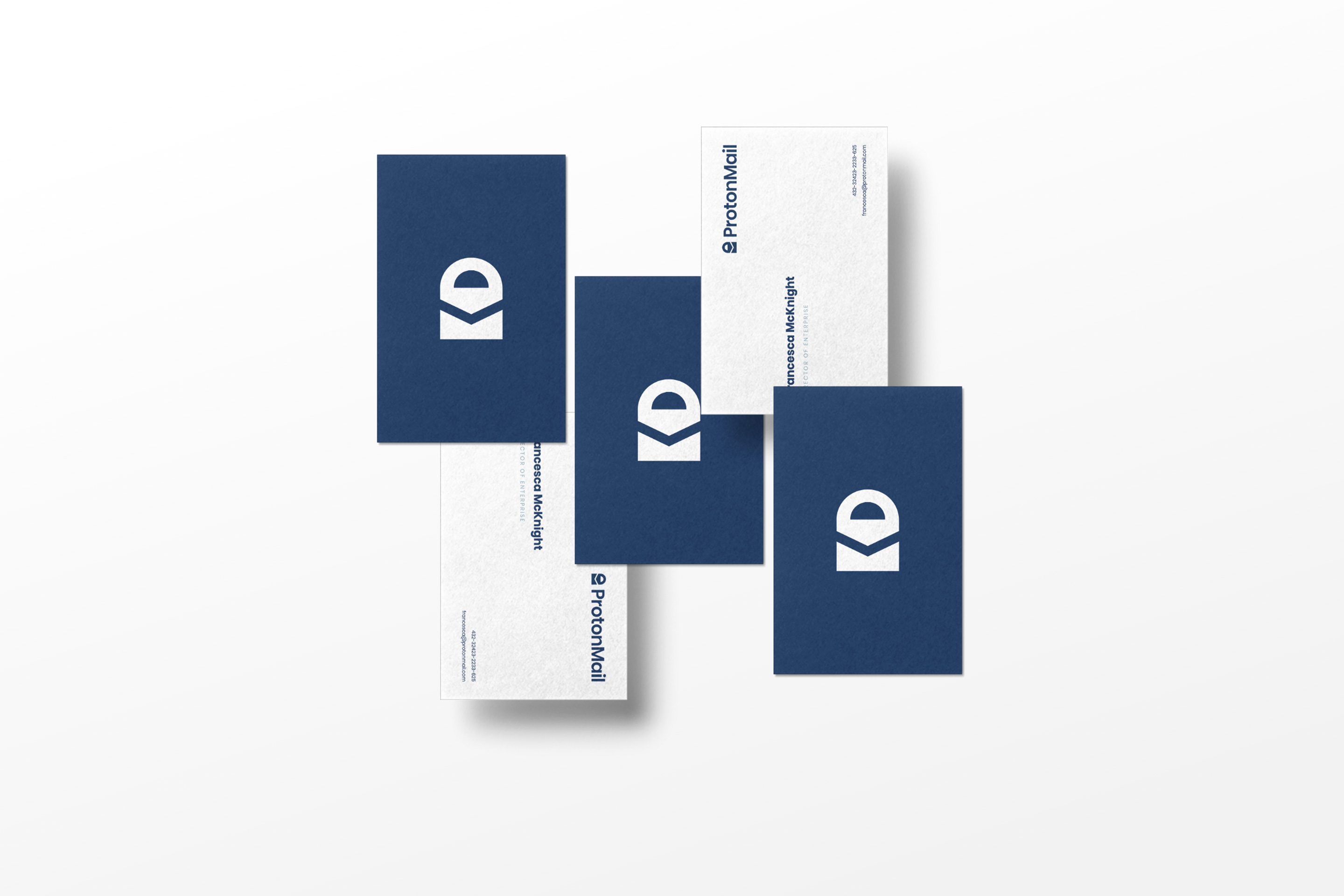 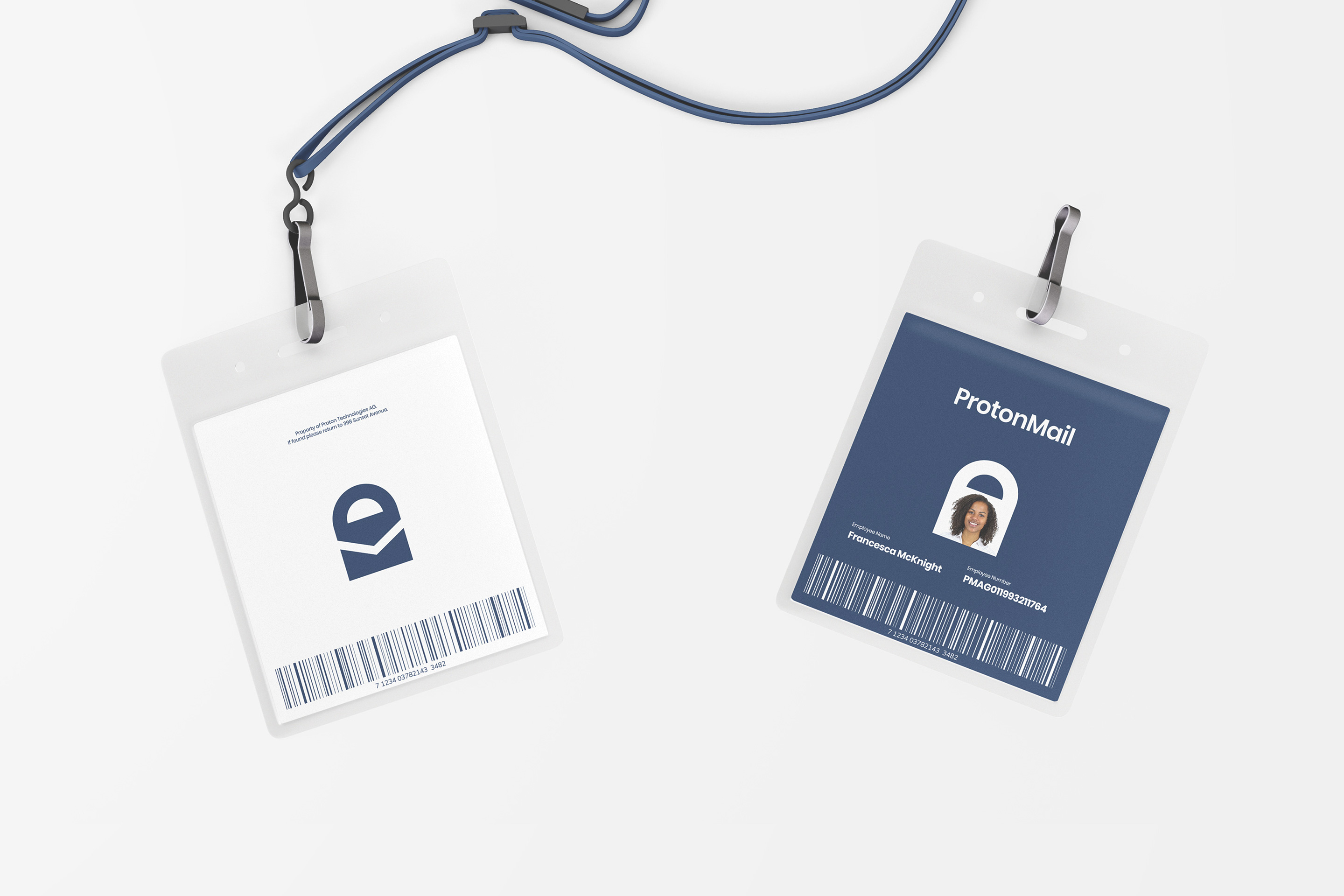 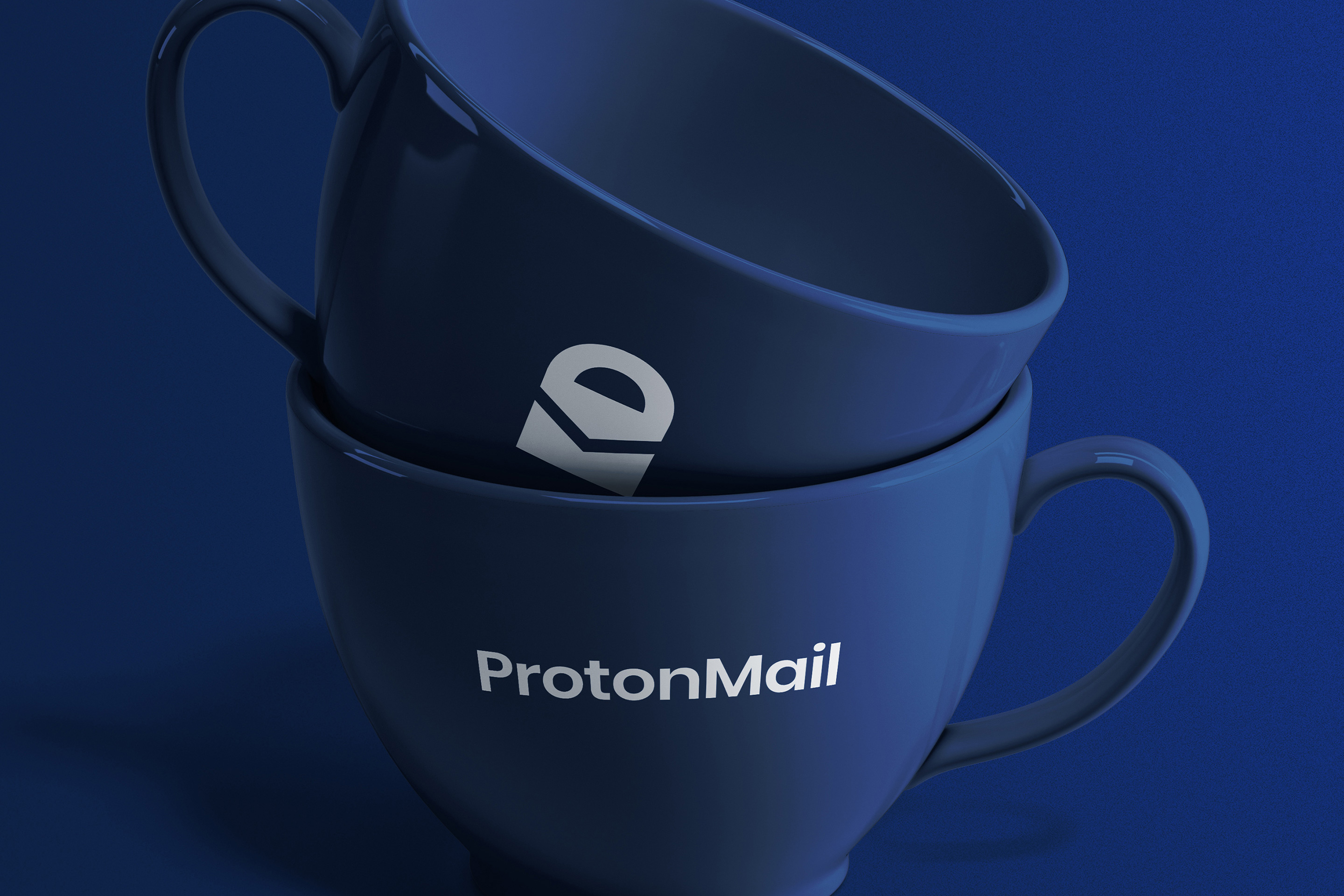 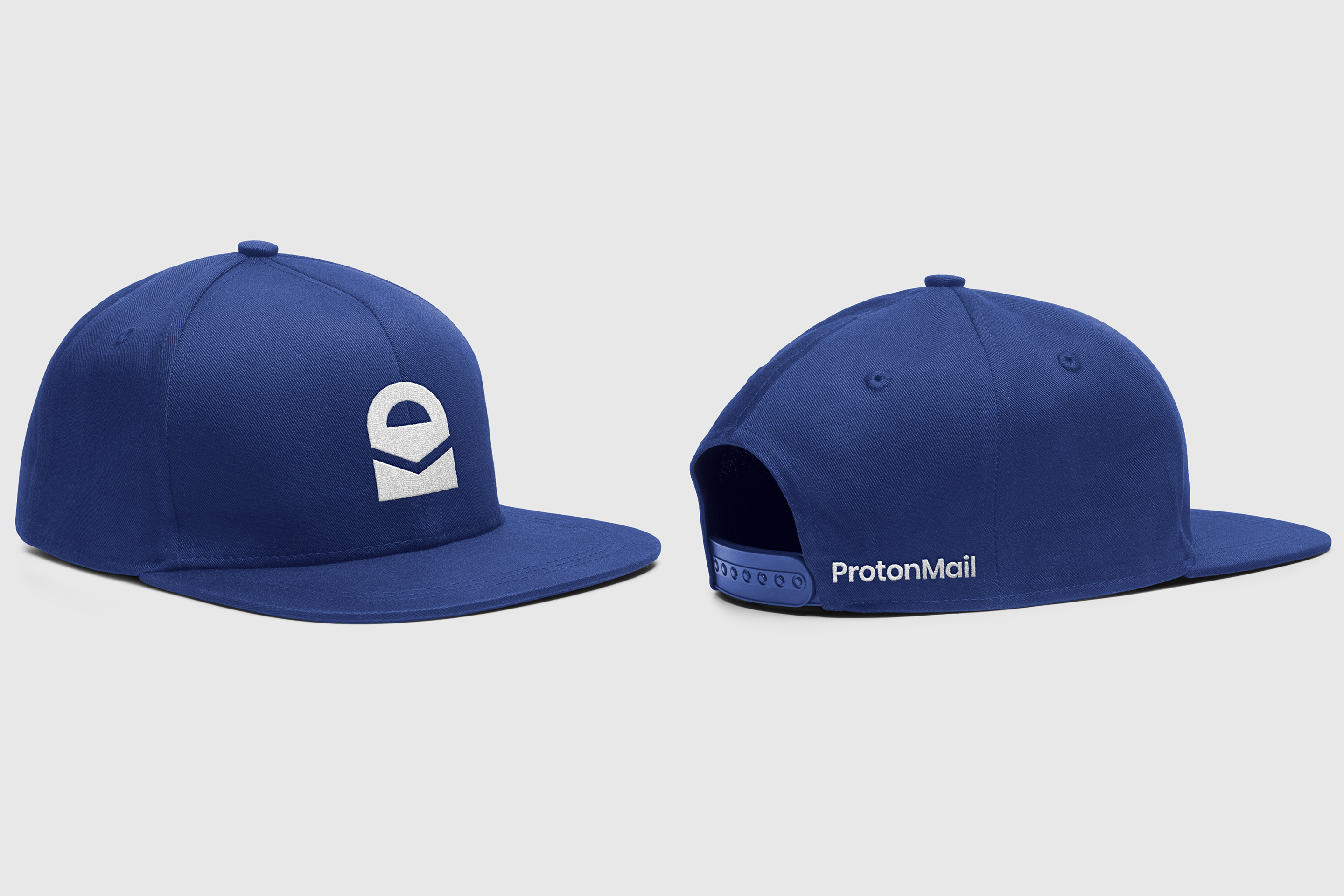 New users were wary of moving to a new email platform because they did not want to endure a new learning curve. They required an interface that was uncomplicated, intuitive and, moreover, familiar to the platforms they were currently using before. This indicated to me that the layout structure and visual design of the new ProtonMail interface should take queues from other mainstream email platforms and offer a good blend of clear navigation and content positioning.

Only one other pain point was to be addressed in updating the icon that denoted the email expiry function. A small test involving three icon replacements led to a new icon that would be featured in the new design. 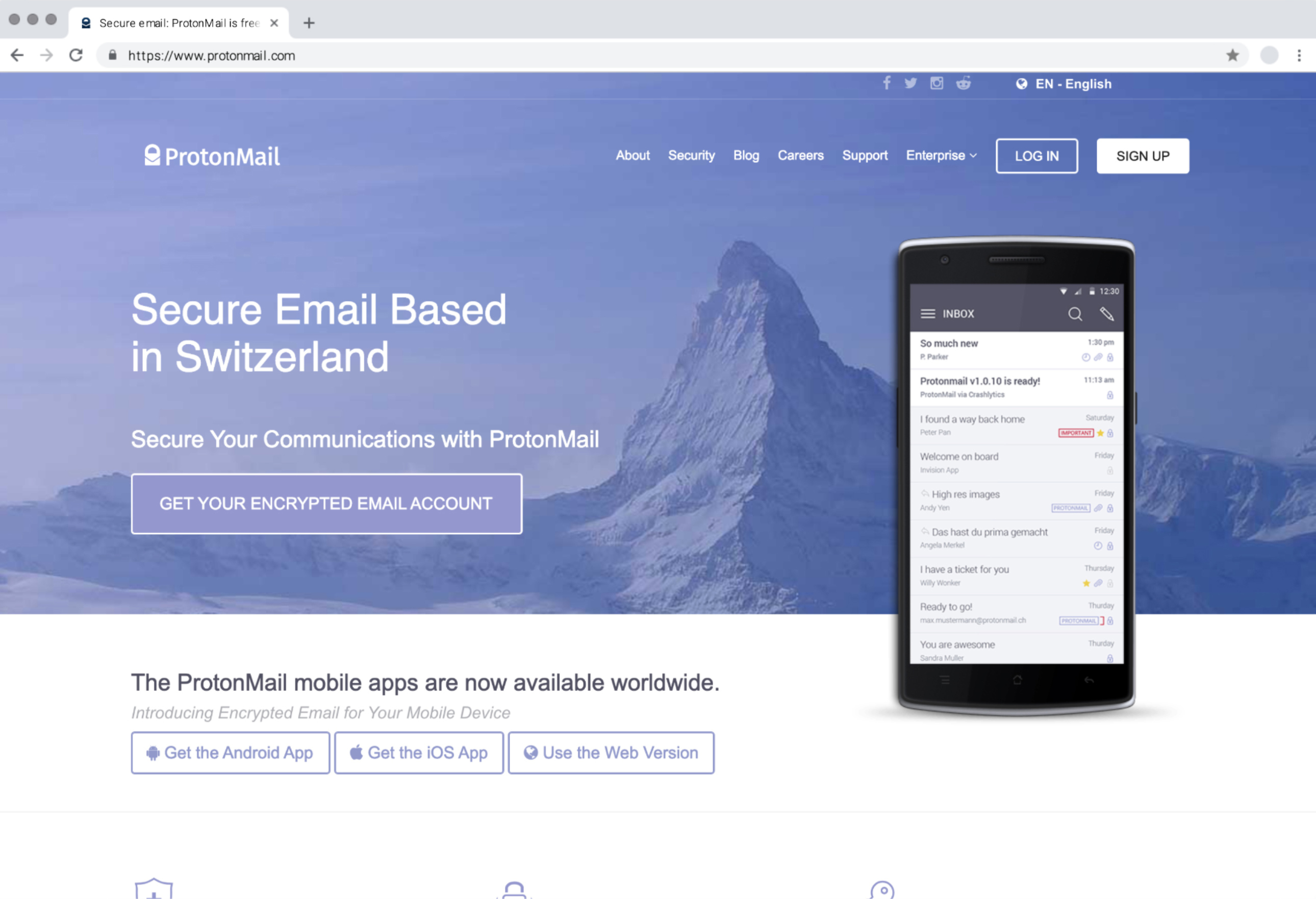 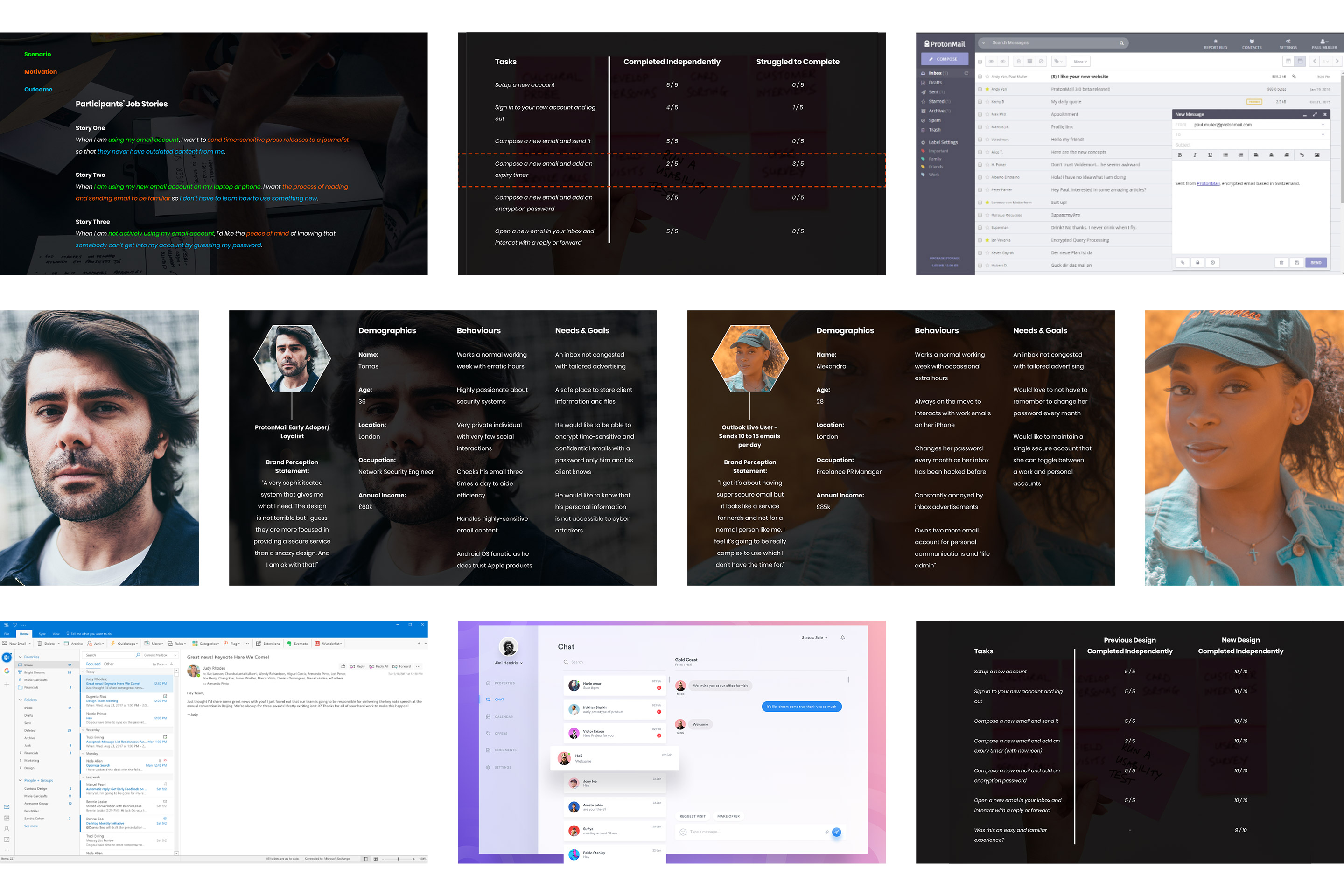 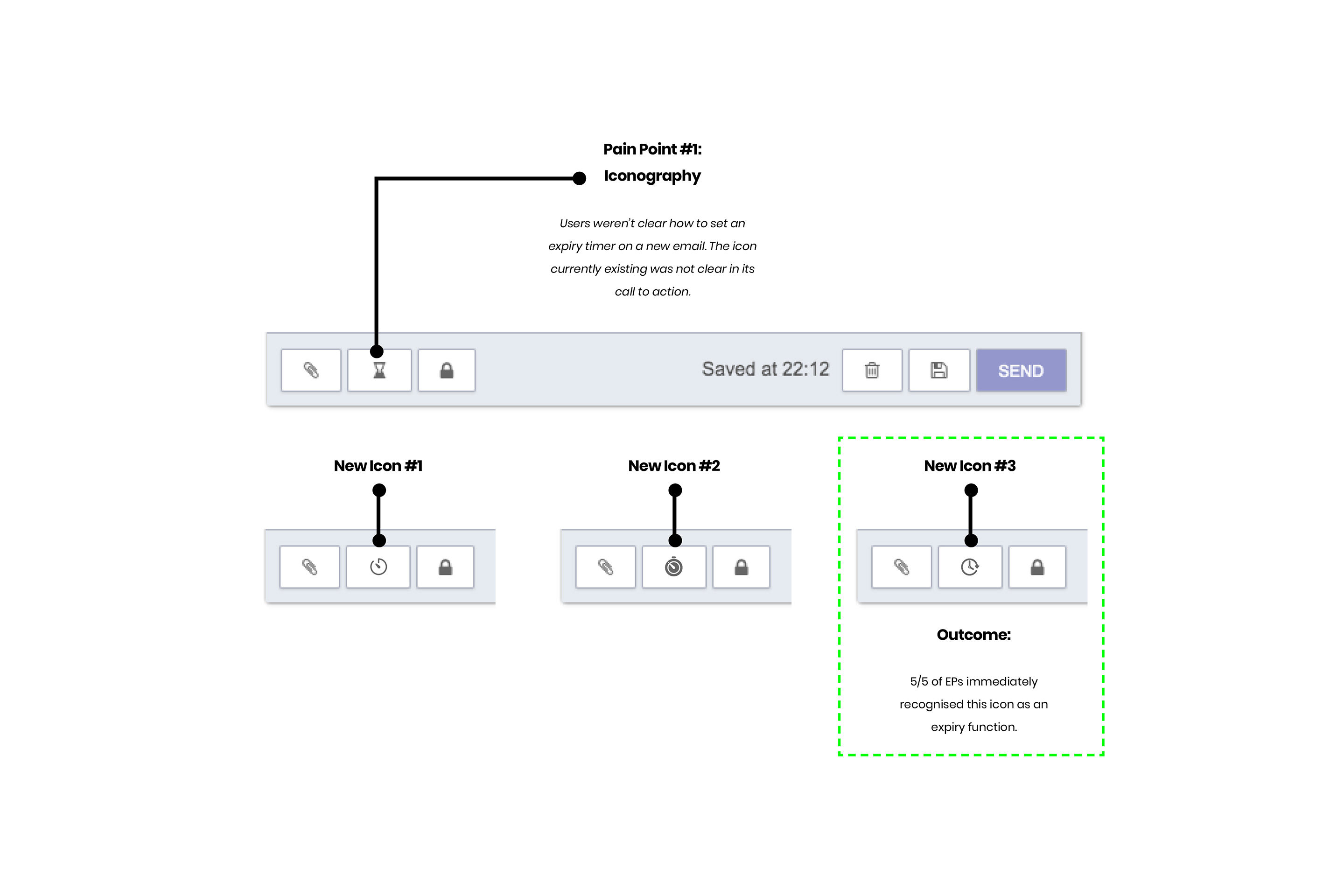 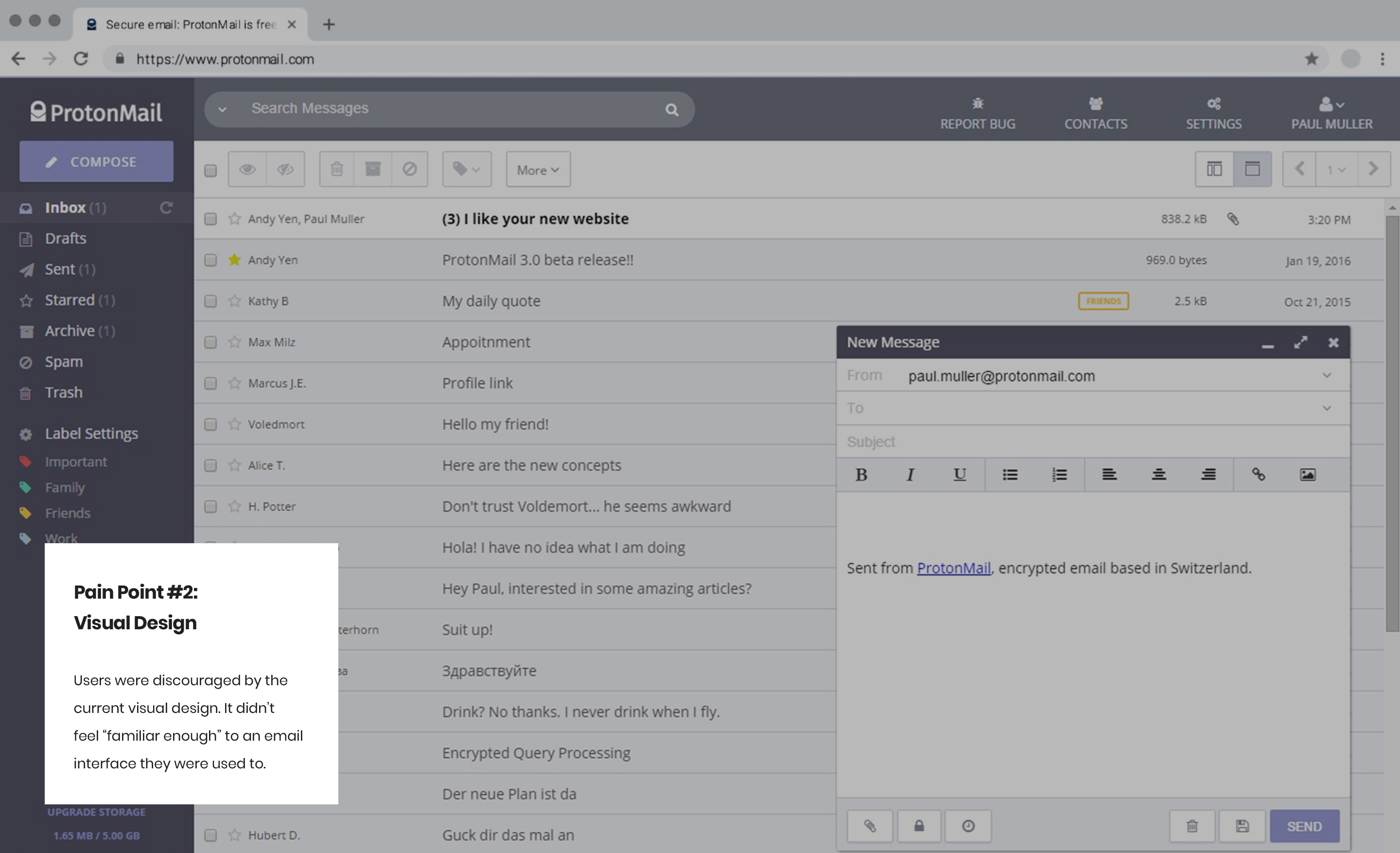 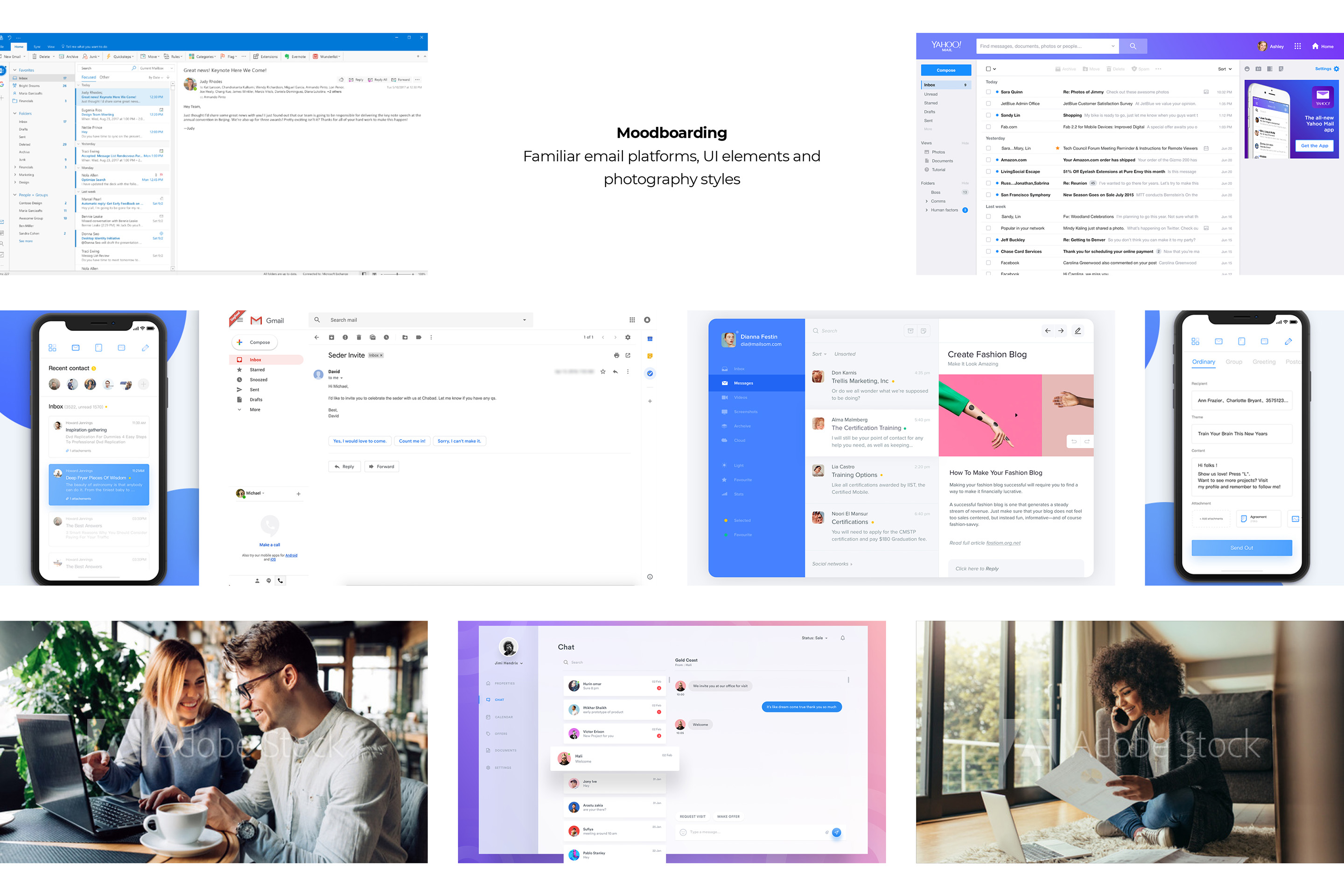 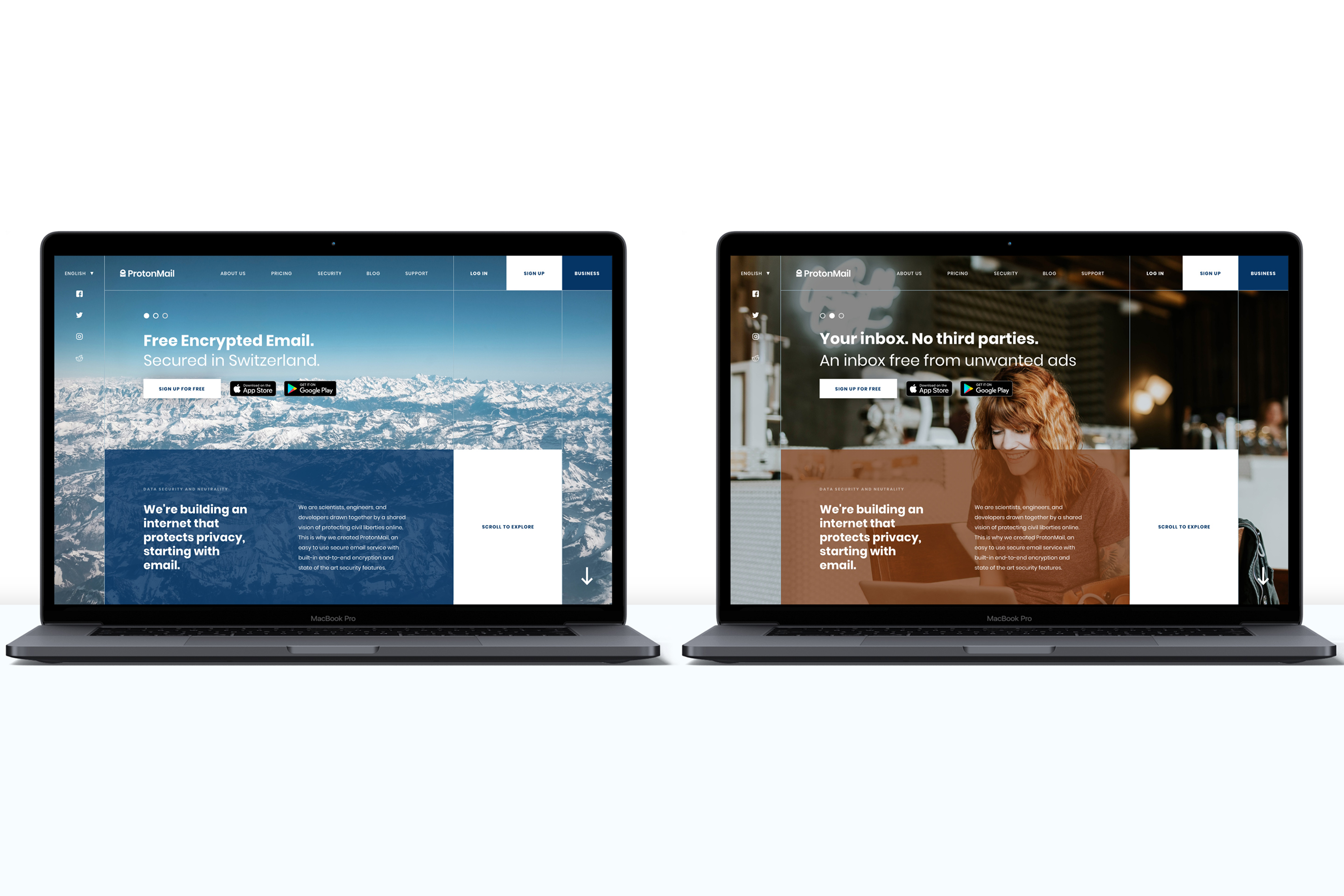 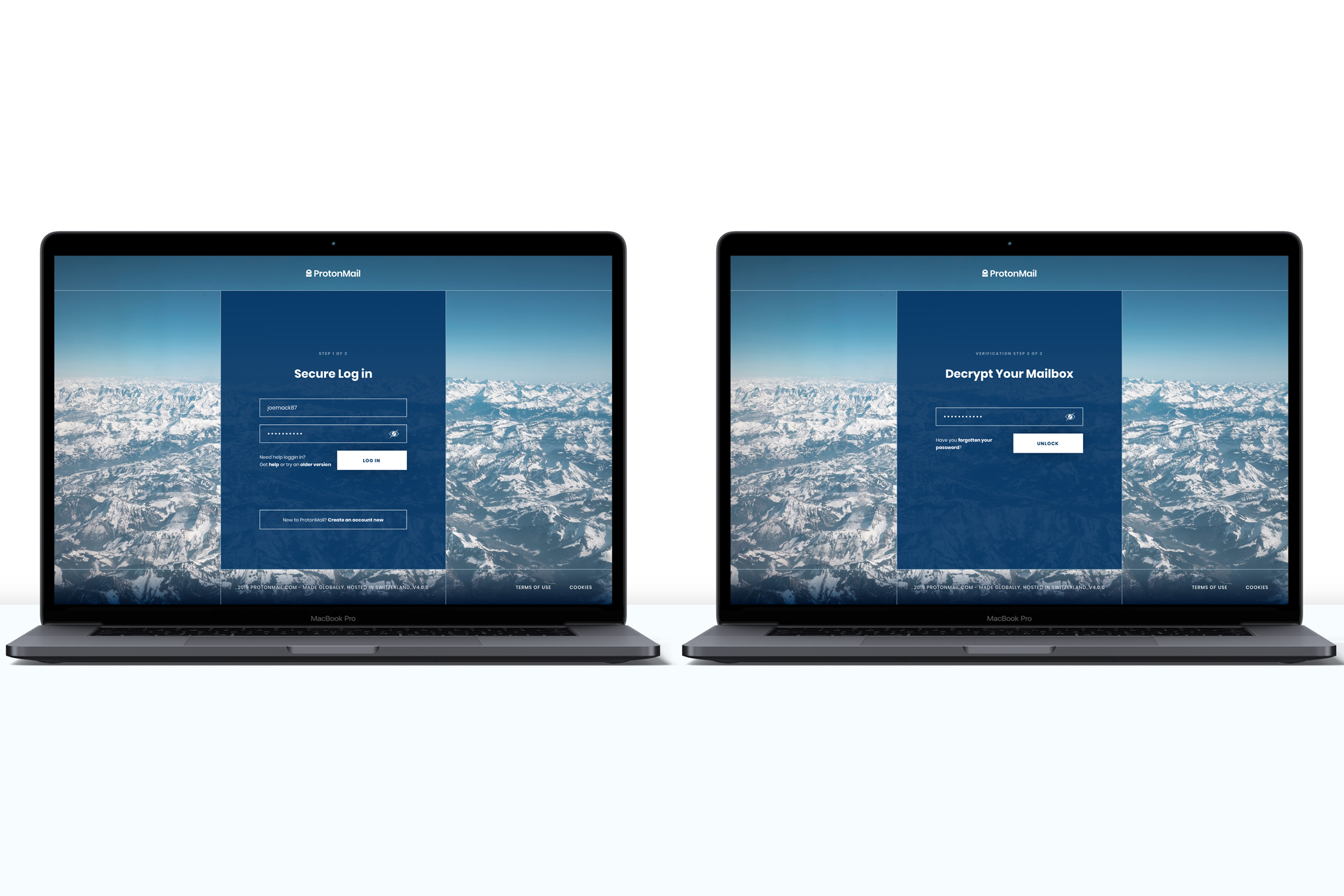 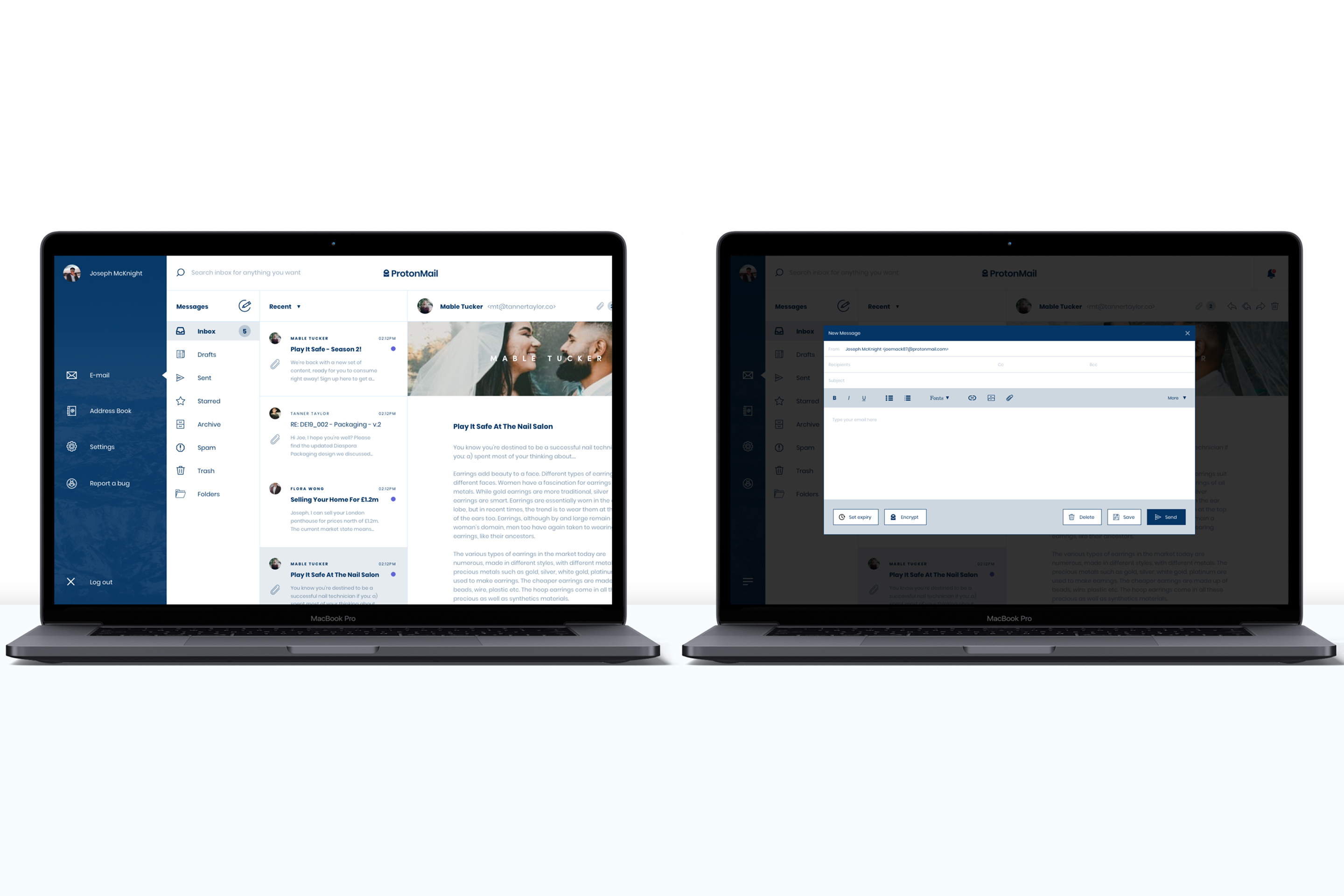 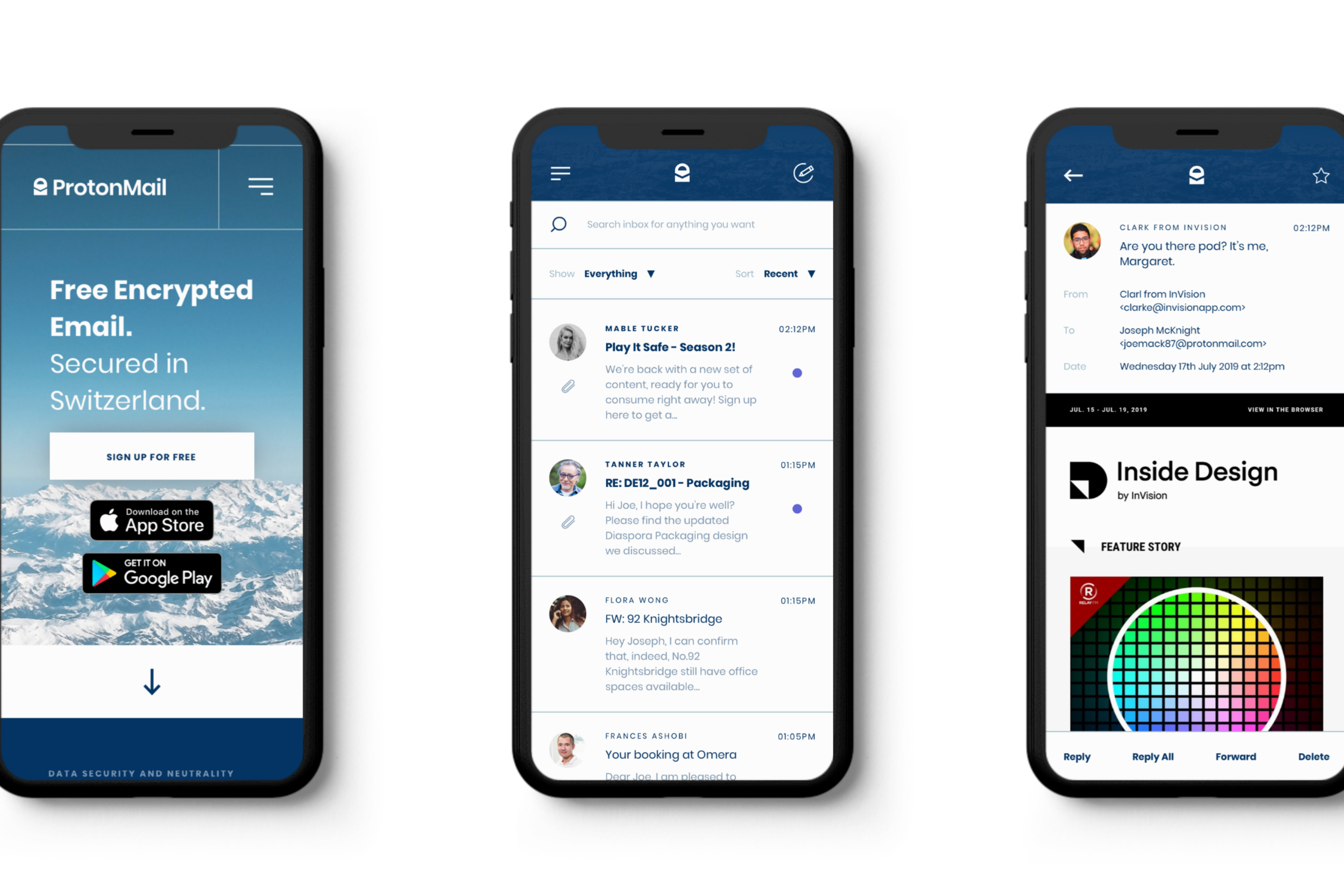 Challenging Perceptions
I found that shifting everyday behaviours of new users was a more difficult task than anticipated. Despite the new design and softer brand approach, potential new users were too attached to their current inbox. Despite all their concerns plotted in the job stories, another task rears its head in the form of deep some marketing activities that will educate new users on the benefits of ProtonMail. The user interface has been proven to work and has similar attributes plus more than mainstream platforms. So coupled with effective brand activations and consistent targeting campaigns, the brand should see steady growth.